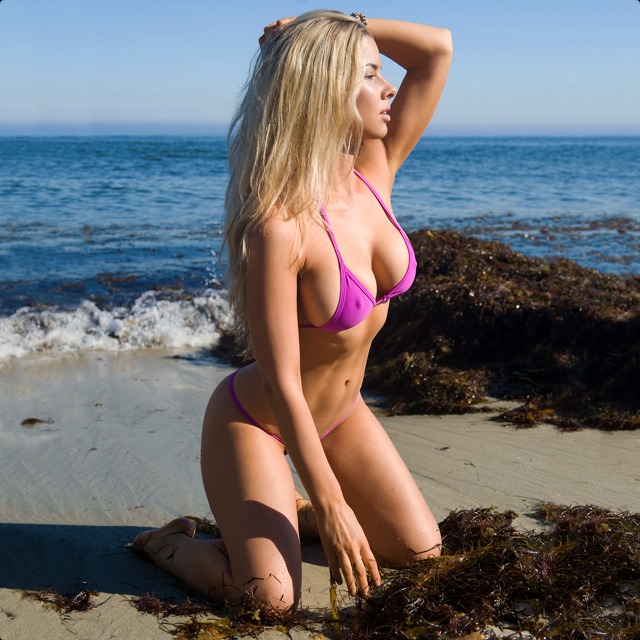 Being half-Australian, I am often exposed to the stereotypes of Australia as a nation of pro-surfers, expert barbecuers and crocodile wrestlers. While there might be some misconceptions about Australia, aka ‘OZ’ or to the locals just ‘Straya’, a land of natural beauty and lackadaisical abbreviation, it is also a nation of innovators; think less the plastic wine cask and more ‘The Body’ that is Elle Macpherson.

Blessed with a famous coastline of beaches and sun-worshipers, Australians love bikinis! Australia has been at the forefront of swimwear development. Turning what is essentially underwear into outerwear, the evolution of the modern day swimsuit tells an interesting story about the changing perceptions of the female body; it expresses the zeitgeist.

In the past century, swimwear has transformed from its prudish beginning as neck-to-knees weighty pantaloons, to the variety of next-to-nothing styles we see today – like our Vanish and Vixen micro bikinis!

It was Australia’s original ‘Million Dollar Mermaid Annette Kellerman who caused a splash, quite literally, by sporting a one-piece, tight-fitting, bathing suit on public beaches in the early 1900s. Swimming was a therapeutic escape for Kellerman; she broke down the restraints of a society that forced women to wear cumbersome outfits that prevented movement. By her early twenties Kellerman was a world-class swimmer, beating dozens of men. She felt it was necessary to set women free to really swim, using her status to design a range of fitted swimsuits named ‘Kellerman’s’ long before celebrities leveraged their fame to sell clothes. A free-spirited and modern woman, for whom swimming was a metaphor for female emancipation, Kellerman liberated women from incarcerating outfits and began a revolution of streamlined, one-piece costumes.

Not only do Australians love bikinis, but it also seems to produce women who look really, really good them. Kellerman was labelled the ‘Perfect Women’ – apparently her physical measurements made her the closet embodiment of Venus de Milo – while Elle Macpherson is famously nicknamed ‘The Body’. Perhaps it is just that great genes are circulating Down Under, but the intrinsic beach culture may also have something to to do with it.

Nvr Strings Bikinis is the go to for the fashion conscious of today, Nvr Strings has also been very open to initiating changes in style. Interestingly, high levels of exposure seems to be growing; pushing the boundaries to their limit, women feel free to choose subtlety on their own accord. For example, our Vduri high cut bottom two-piece is currently trending.

Maybe its because of their distance from the rest of the world, or because of their fairly recent history, but the Australians seem less bound by tradition and are ready to challenge the status quo; this is evident in the evolution of swimwear. Their liberal, sun-drenched approach to dressing is as quintessentially Aussie as their laid-back attitude to life.

Category: bikini news
Tag: bikini blog
❤️VALENTINES DAY SALE | SAVE UP TO 70% OFF | USE CODE VDS22
+