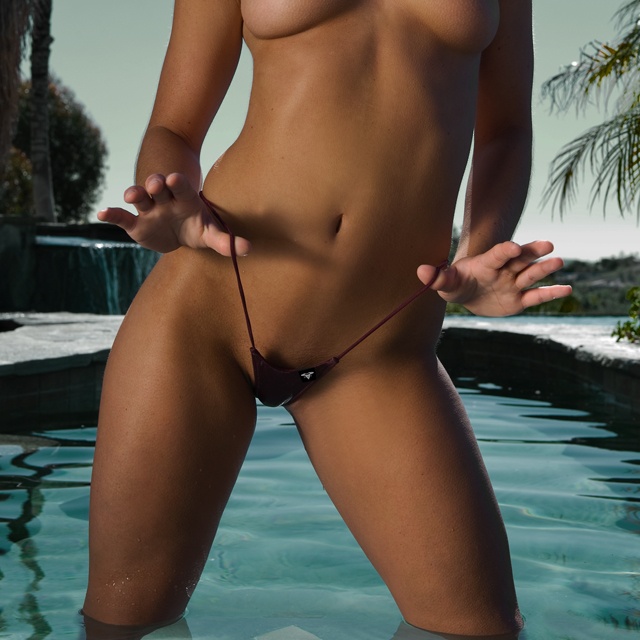 New Zealand is the ideal destination if you like sunbathing in minimal coverage bikinis or au naturel. With miles of coastline and a relatively small population, it’s not difficult to find a secluded spot here where you won’t be disturbed. Tiny bikinis and nude bathing is much more common in the summer, but New Zealand offers many lovely days in the spring and autumn—and even in winter—where being at the beach is entirely possible, even if the water is a bit chilly.

Apart from the beach, kiwis and visitors alike can enjoy their tiniest bikinis or being clothes-free in many other places as well. Forests, streams, rivers, lakes—they’re all places where you can work on an all-over tan and feel the soft breezes on your skin.

Kiwis are fairly easygoing and you’ll find that people generally don’t have a problem if they encounter a micro bikini a nude person on a beach or somewhere else that’s reasonably remote. But there isn’t the level of tolerance in New Zealand that you might find in Europe, even for topless bathing. Topless or nude bathing would generally be regarded as acceptable if done discretely, but not on a busy beach, particularly one that’s family-oriented.

The majority of the known clothing optional beaches are in the northern half of the North Island where the weather is warmer. The further south you go, the fewer minimalists you’ll encounter, apart from a few hardy souls.

It’s not against the law to wear micro bikinis or to be naked anywhere in New Zealand, but it’s illegal to go unclothed with the intention of being obscene or causing offense. If you confine yourself to discreet areas or “places where the expression of free spirit is known to occur,” you’re not likely to encounter any issues with the authorities.

New Zealand has a reputation for its ferocious sun. The burn time is shorter than anywhere else in the world, so don’t forget to use plenty of high-strength sunscreen, at least SPF 30, even if it’s cloudy or the sun doesn’t feel all that hot. Make sure your enjoyment of New Zealand isn’t spoiled by painful sunburn.

So whether you choose nothing at all one of our Vanish or Vixen micro bikinis-with or without tops- you’ll be sure to find the perfect care free secluded location to get that perfect New Zealand tan!

FREE SHIPPING ON ORDERS OVER $75 | FREE INTERNATIONAL SHIPPING OVER $199
+